Doing Business in the Nordics

The Nordics is a region of 43 thousand km2 and is comprised of Denmark, Finland, Iceland, Norway and Sweden. With 27.36 million potential consumers, it has around the same population as the Benelux region and is an excellent place to do business. Across the region, almost every business sector is catered for but industries like global technology and manufacturing have a high prominence. They are also keen to rely on their natural resources such as forestry, fishing and agriculture. Norway in particular is also able to use its natural resources to generate hydropower and harvests gas and oil deposits from the North Sea off its South-western coast. 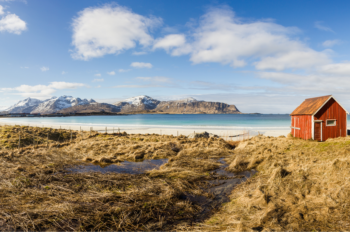 Economically, the Nordic countries have much in common. They are all small, open economies in which foreign trade has great economic significance. They have also rapidly evolved into modern industrialized economies that are among the most competitive in the world. On top of this though it’s worth remembering that each country is different, even when in a shared region like the Nordics. This means you’ll need to be able to cope with the different languages, make sense of unfamiliar laws and taxes and understand cultural nuances along with how business is done in each territory. This is where it would make sense to outsource your sales initially at least until you are more established in the region. The benefits of this are that you will be working with professionals who are on the ground in the territory you want to enter. They speak the local language, understand the culture and most of all, regardless of your domain, they understand how business is conducted in each country. Without having someone to guide you, you will have to navigate these difficulties yourself and may companies that have tried this approach find it a risky and expensive endeavour. There is also the very real possibility that taking this approach will take you much longer to make an impression on the market.

“While selling to the Nordics you should not be too pushy, but patiently persistent. It is all about getting the trust.”

The Nordic countries industrialized late, but did so quickly. In Finland and Sweden, the forest was the primary source of opportunities for increased exports, including Sweden’s large ore deposits, which contributed to its early economic growth. Norway has used its natural resources to generate hydropower and the economy has been further enhanced by the oil fields in the North Sea. Denmark’s economic development was based to a large extent on agriculture and the food industry has been the key to Danish economic success. In recent decades the Nordic countries have undergone rapid structural change, with particularly swift expansion in the service sector and in industries based on modern technology. This is why the Nordic countries are considered to be extremely innovative. 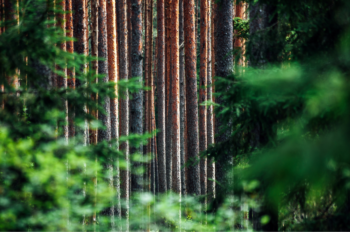 Business Etiquette in the Nordics

Although every country in the Nordics is different and has its own cultural nuances, there are some commonalities around how business is done there.

The countries in the Nordics tend to have a flat society and the hierarchy in businesses is the same. Consequently, there is no need to be too formal. The majority of businesspeople in the Nordics can speak English but if you could learn a few lines of greeting in your host’s language, it is always appreciated. Handshakes with eye contact are the most common greeting and you will most likely be expected to shake hands at the start and end of every meeting. In the Nordics, it’s not considered rude to get straight to the point but if a little small talk is required before discussing business, remember that everyone is proud of their countries so it would do you no harm to name drop companies like Nokia, IKEA and Carlsberg.

You may also find that the pace of business is quite slow and may not be as fast as you are used to. Some of this time will have been taken up in building trust and people in this region also like to get a lot of information. Lastly, there are likely to be more people involved in the sales cycle, so patience is key.

“Respect peoples time. Showing up late to meetings or letting them running over time is not appreciated at all.”

Research in to the market in your domain is vital. And, be aware that if you can’t find a market in one territory, it doesn’t mean that the market doesn’t exist in another territory. So, research is of paramount importance. With such a large region, it’s inevitable that you will find competition regardless of where you settle but don’t let that put you off. Competition is the surest way of proving there is a market for your product or service and there are laws to guarantee that in business, everyone is on a level playing field, so it is nothing to be wary of.

Although there is much in terms of a shared history and culture, remember that each country in the Nordics is its own entity with individual nuance. This is why it would be prudent to have a team on the ground before you set up in completely. The team in each region need to be local, know the territory and have experience in the domain you work in.

To see how we could help you to enter the Nordics, get in touch. We’re always happy to jump on a call.