With 500 million potential consumers in by and large ‘rich’ countries, Europe is an excellent place for any business. Across the continent, almost every business sector is covered; from aerospace to agriculture and energy to electronics as well as pretty much everything in between. As a continent, Europe is 10.18 million km2 and has a length that gives it significantly different climates between the north and south. This is of particular importance to the agriculture sector and allows a great and diverse amount of produce to be grown. To the west, Europe is only 3,000 miles from the Americas and to the east, Europe provides a gateway to the Middle and Far East.

While many countries in Europe have a shared history, there are still differences between them. The most obvious of these differences is language and your ability to speak another language or work with someone who can will benefit you greatly. Beyond this, each country has different laws and taxes as well as cultural differences. This is where it would make sense to outsource your sales, at least initially, until you are more established in the region.

The benefits of this are that you will be working with professionals who are on the ground in the territory you want to enter. They speak the local language, understand cultural nuances and most of all and regardless of your domain, they understand how business is conducted in each country. Without having someone to guide you, you will have to navigate these difficulties yourself. Many companies that have tried this approach find it a risky and expensive endeavour. There is also the very real possibility that taking this approach will take you much longer to make an impression on the market. 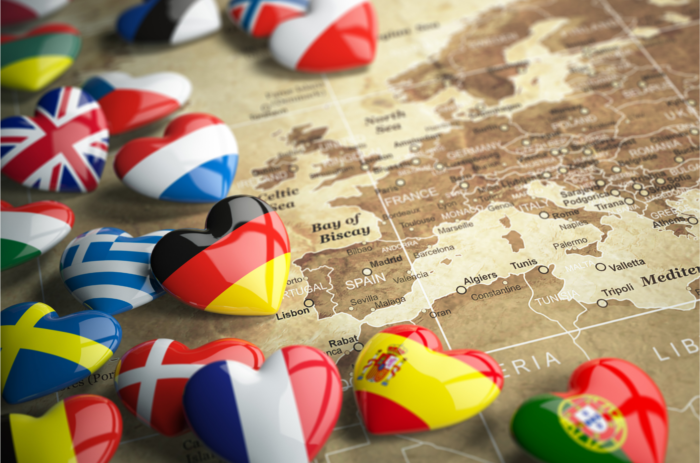 Like everywhere, the economy has been affected by the pandemic, although economic forecasts predict that Europe will recover quickly and be as strong as it was before. As it stands at the moment, Europe had a GDP of US$22.9 trillion making it one of the strongest economies in the world, only just behind the United States. Like the United States, Europe is a free market economy based on the movement of capital between any of its territories. Among the individual countries, the largest economy in Europe is Germany followed by France and Italy. It is also worth noting that if it were still a European Union member, the United Kingdom would be in second place.

Although every European country is different and has its own cultural nuances, there are some commonalities around how business is done on the continent.

Handshakes with eye contact are the most common greeting and you will most likely be expected to shake hands at the start and end of every meeting. Europeans tend to be better at speaking other languages and you may find that younger professionals can speak English, but it is by no means guaranteed. Even if you are working through an interpreter, if you could learn a few lines of greeting in your host’s language, it is always appreciated. On the same note, one side of your business card should be in the same language as the country you are in. Being punctual is important across the whole continent even though your host may be late, you are still expected to be on time.

You may also find that in some countries within the continent, the pace of business is quite slow and may not be as fast as you are used to. The best tactic here is to accept that this is the way things are done in this particular territory and it is better to be patient than be pushy.

Research into the market in your domain is vital. And, be aware that if you can’t find a market in one territory, it doesn’t mean that the market doesn’t exist in another territory. So, research is of paramount importance. With such a large region, it’s inevitable that you will find competition regardless of where you settle, but don’t let that put you off. Competition is the surest way of proving there is a market for your product or service and European laws guarantee that in business, everyone is playing on a level field, so it is nothing to be wary of.

As you already know, Europe cannot really be treated as one region because of the differences between the individual countries. And, this is why it would be prudent to have a team on the ground before you set up in entirely. The team in each region are local, know the territory and have experience in the domain you work in.

To see how we could help you to enter the European market, get in touch. We’re always happy to jump on a call.